Yesterday Kat got us all up really early in the morning while it was still dark. We knew something was up so we were excited. We said goodbye to Kat’s mom and sister, and Texas and we started driving toward home in Virginia.

I offered to help drive,

but Kat said she’d driven the route lots of times and knew the way better than I did.

When we were in Arkansas Kat got a call from her daughter in North Carolina – the one who was sick and had surgery last month. She was crying and told Kat that her husband had fallen from a ladder at his work and he’d been taken by ambulance to the hospital. Kat started crying, too, because it was really scary. It made me sad to see Kat sad. 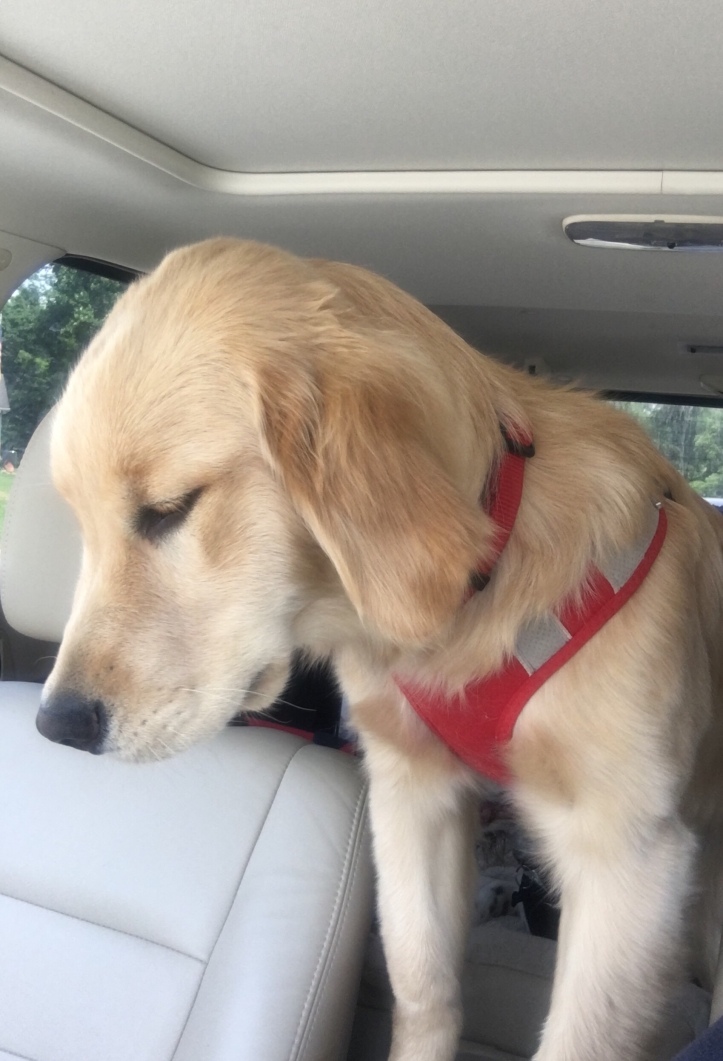 We didn’t know how Jacob was and had to wait for more news. Kat began praying for him and kept driving. She said praying is always the best thing to do.

By the time we got to Tennessee we had found out more about the accident. He fell from two stories up into some bushes and onto a metal yard stake. The stake had impaled his leg so they had taken him into surgery to remove it from his leg. He didn’t break any bones or hurt his head or anything else other than some scratches and bruises.

Kat prayed some more and thanked God for protecting Jacob’s life and body. The doctor’s said he was very fortunate.

Kat talked to Mike and they came up with plans for a detour. So instead of going home to Virginia we ended up heading to a North Carolina La Quinta. We finally got there at 3:30 this morning after driving for almost a whole day!

Kat was tired but Stewart and I were wound up and wanting to play! I was super excited to see Mike!

When we all got up this morning we drove to the hospital where Jacob is. I didn’t get to go in to see him since I’m not a certified therapy dog yet and they don’t let just regular dogs like Stewart and me go in for visits. Boy do I want to be a therapy dog!

We waited with Kat out in a courtyard area while Mike went in to say hello.

We saw lots and lots of people. 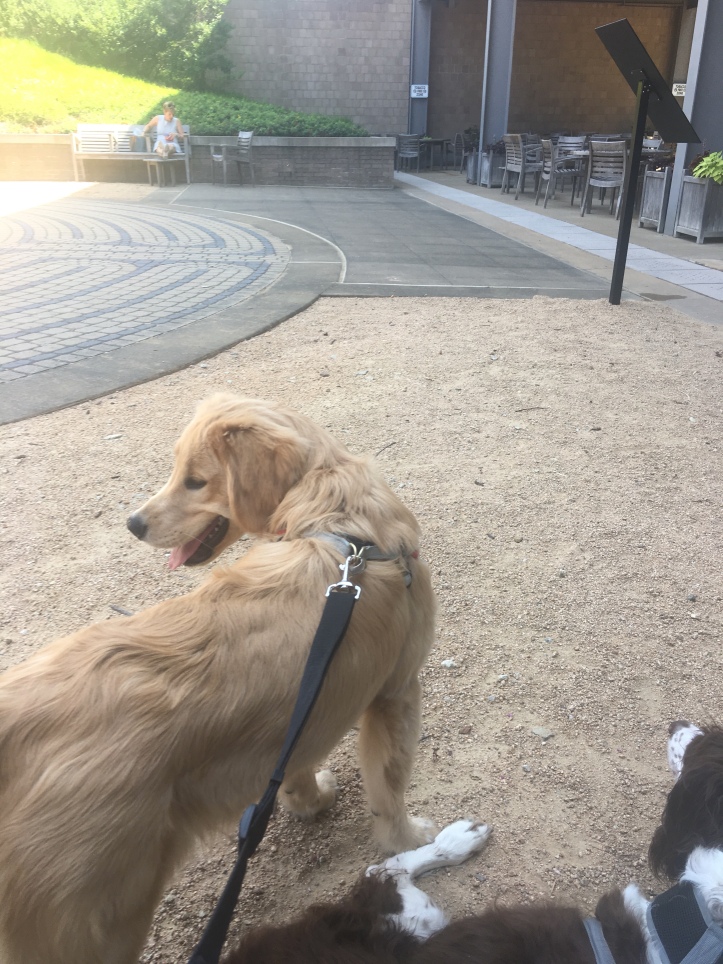 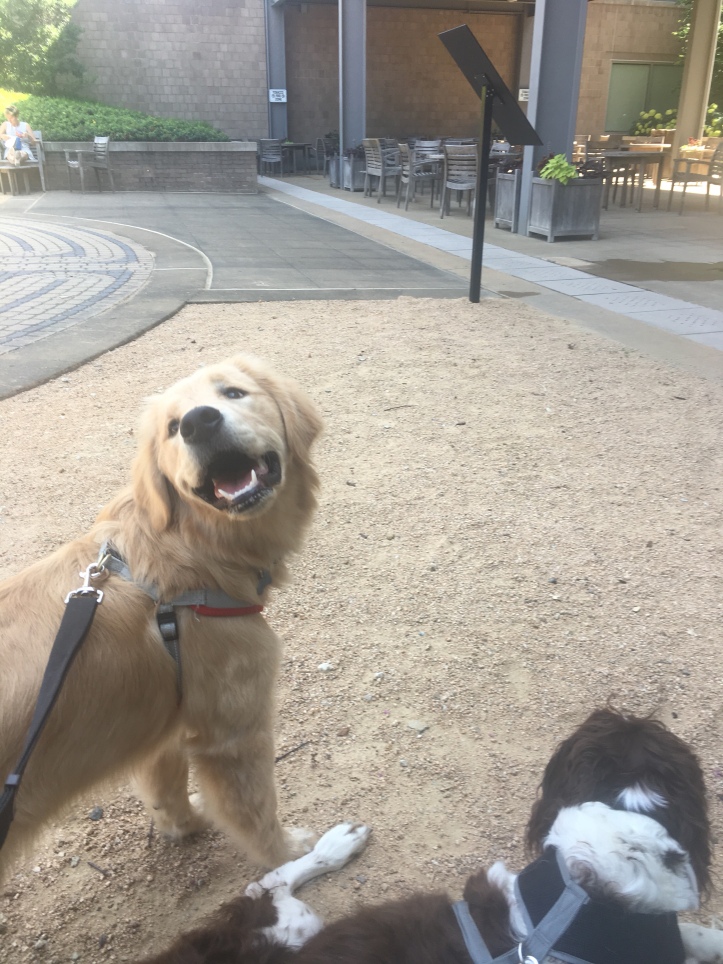 Finally Mike came back out and he had their grandson with him!

That was fun getting to say hello to him!

We all walked back to the parking garage and I got in Mike’s truck instead of Kat’s car! That was a surprise!

I had to say goodbye to Kat. She’s staying in North Carolina to help her daughter for a few days until Jacob gets to come home from the hospital.

I rode a few hours with Mike, but it went by pretty fast compared to yesterday’s drive. And finally we were home! 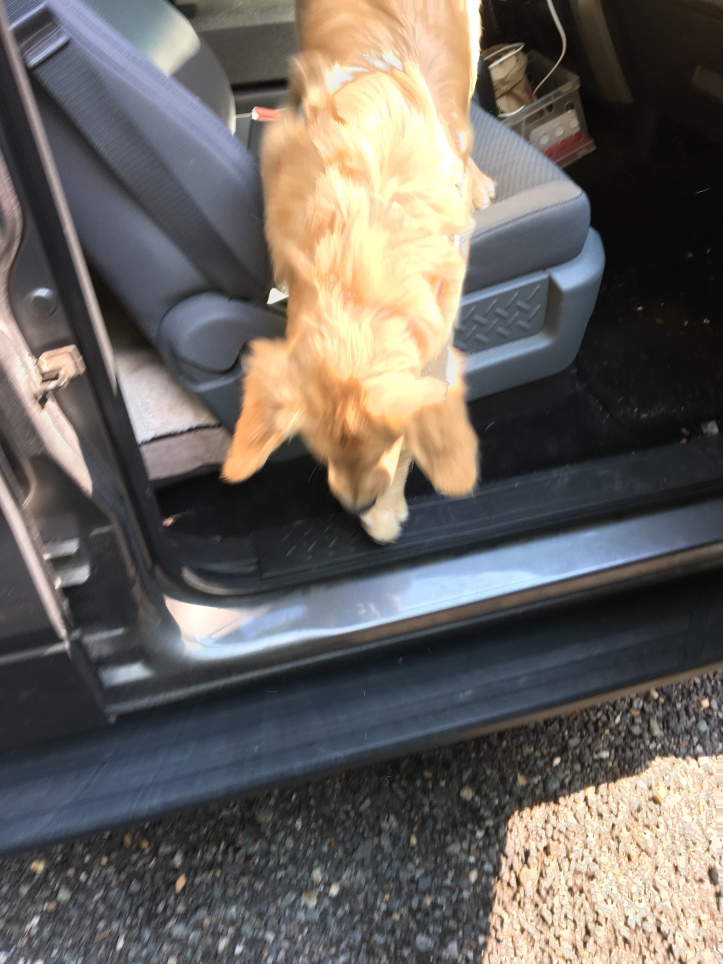 We are waiting for you, Kat! 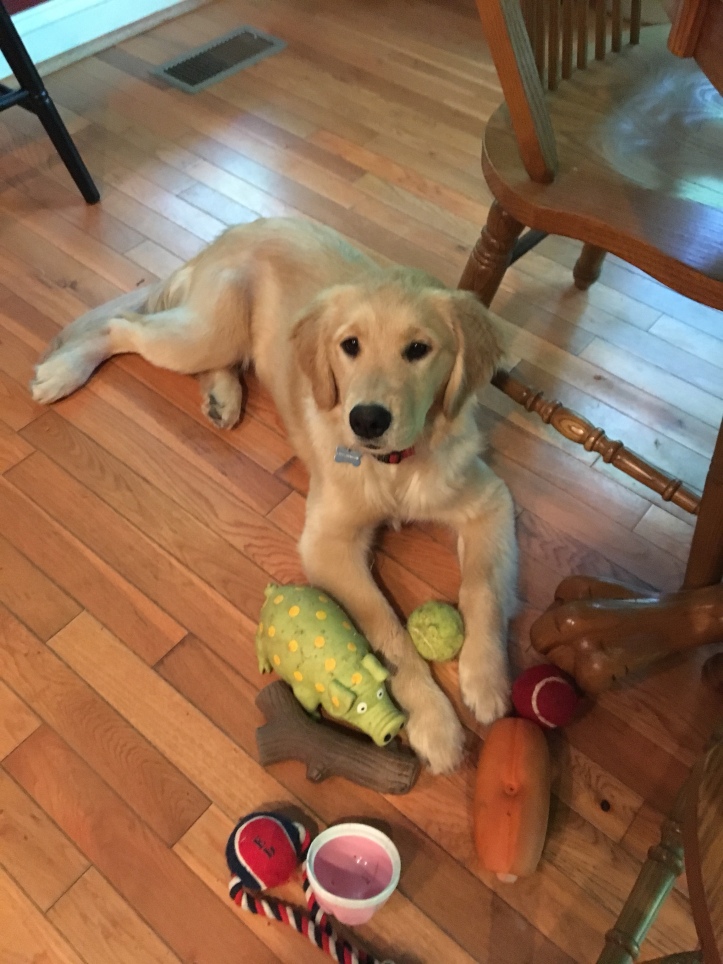