This has been another interesting and original week! It seems there are always new things to experience.

It started early Monday morning with a big dump truck rumbling down the driveway. Kat told me we were having a new roof put on the house because the old one was damaged in last fall’s storm.

I had no idea what that would look like. But now I do!

It meant getting up early to get our morning yard run in before the roof guys got here. Then the rest of the day we had to go out on a leash. 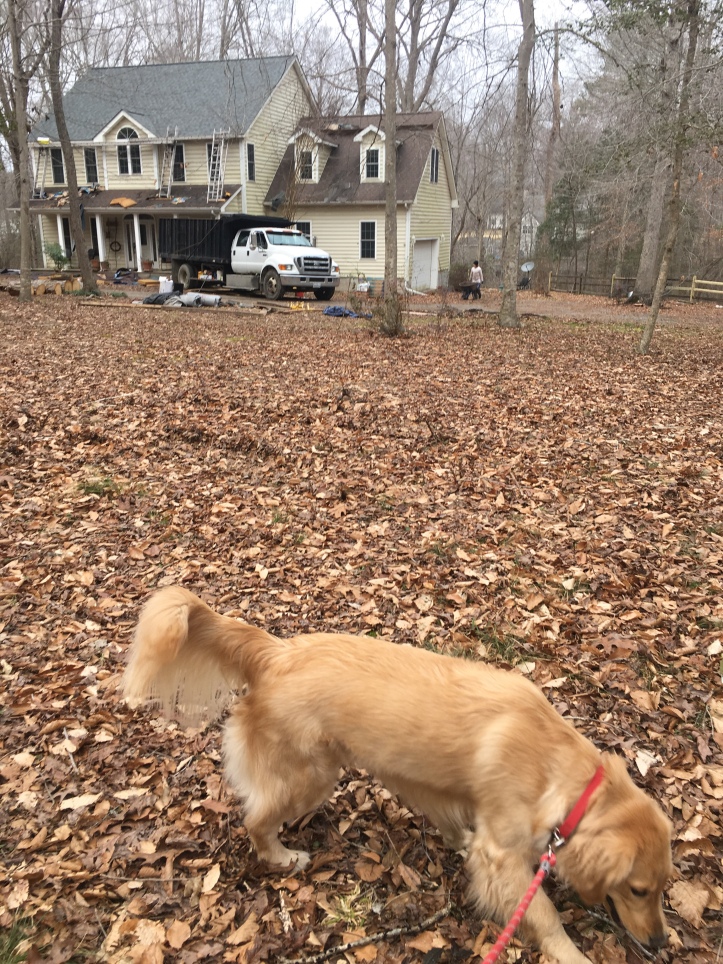 I still got some good dig dog time in though… 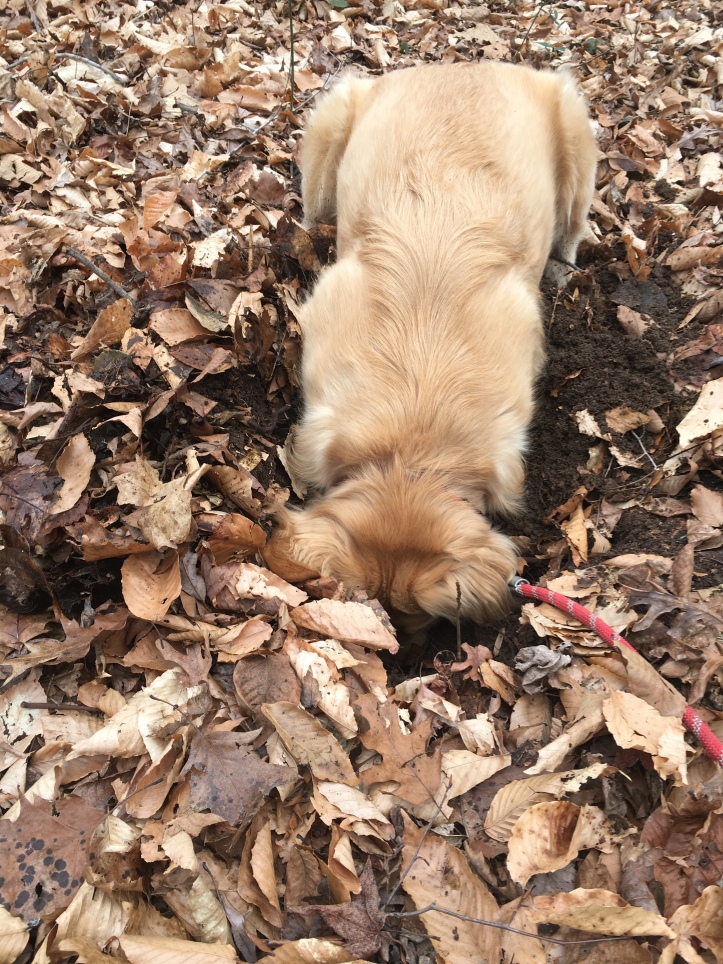 when I wasn’t pulling on my leash from all the enthusiasm of the moment! 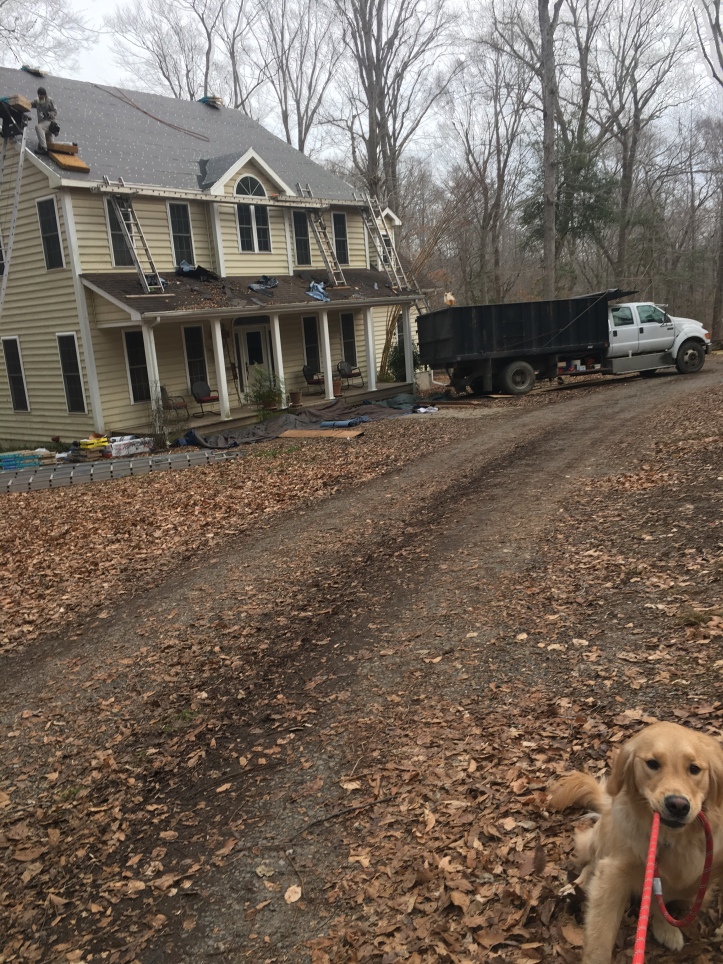 Getting a new roof meant hearing a ton of bang, bang, banging, and bump, thump, thumping all day long. And seeing guys climbing up and down ladders right outside the kitchen windows. Of course Stewart and I barked all day long, too, in response to all the excitement! How could we not?! 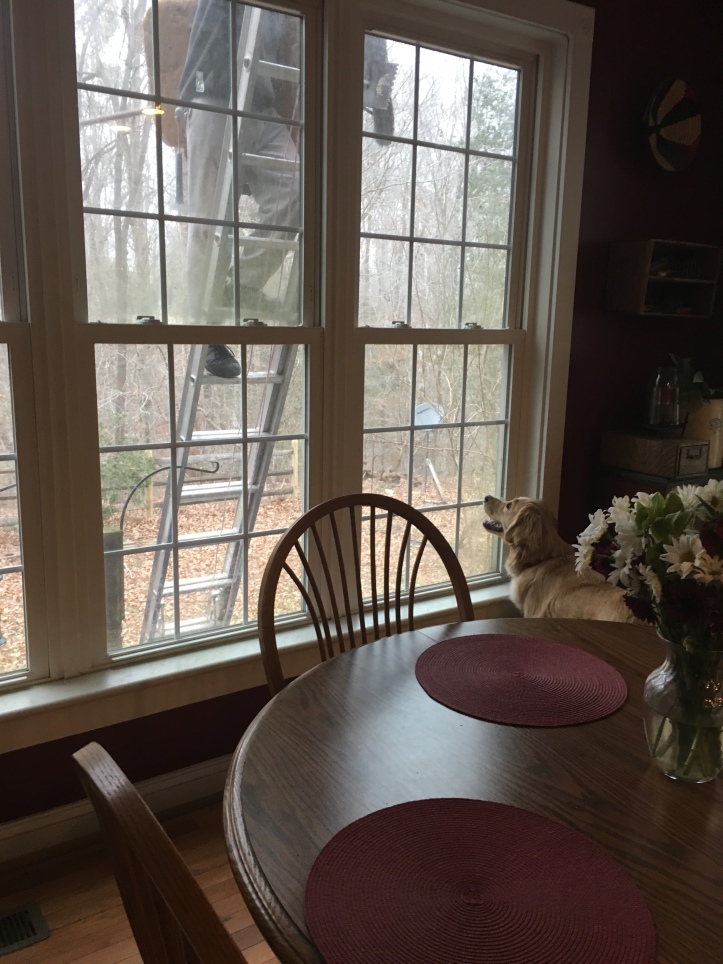 Getting a new roof installed meant that I didn’t get to go outside every time I rang the bell. And with Kat working to organize closets she didn’t pay as much attention to me as I would’ve liked. So I got bored. And when I get bored sometimes I like to steal things and chew them up. 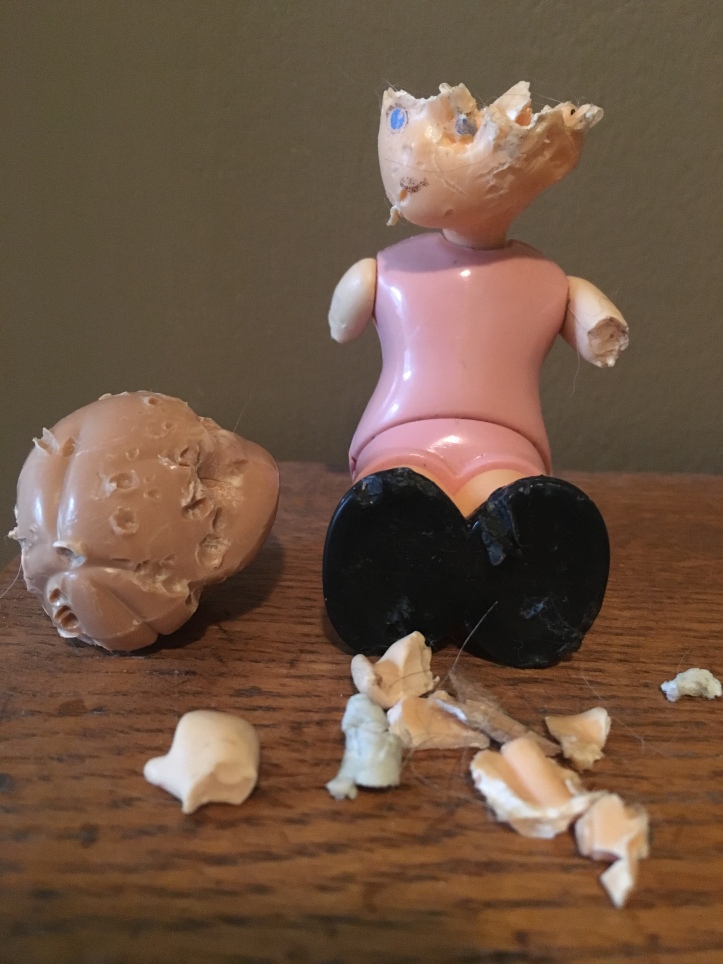 Kat was upset with me for chewing up Little Tykes Dollhouse Sally, who she’d been saving for over 20 years so her grandchildren could play with her. How was I to know?! Sorry Sally. 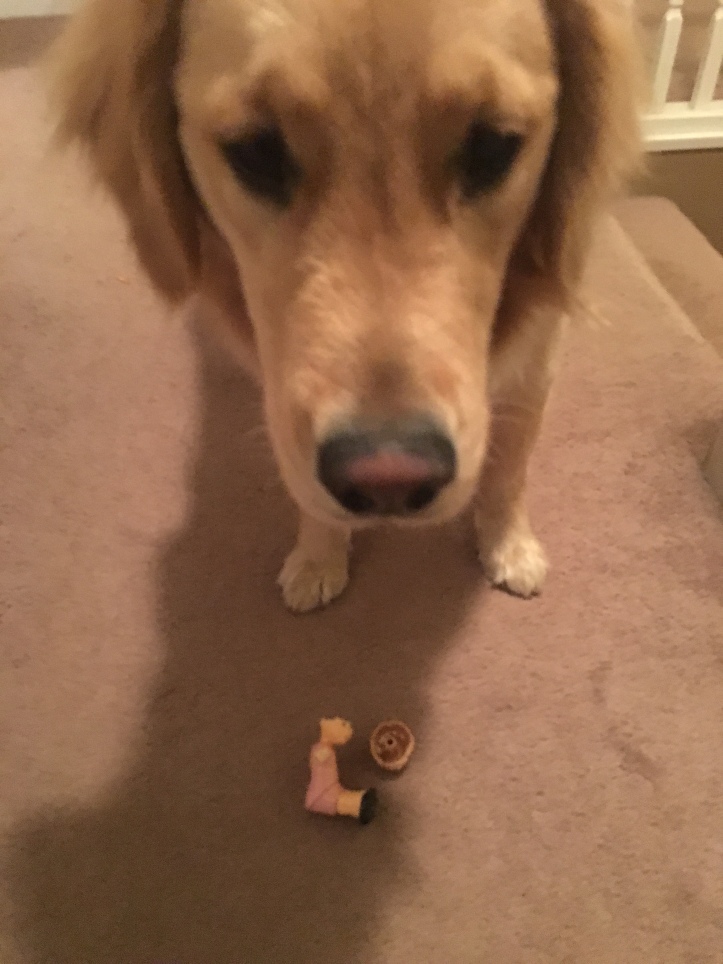 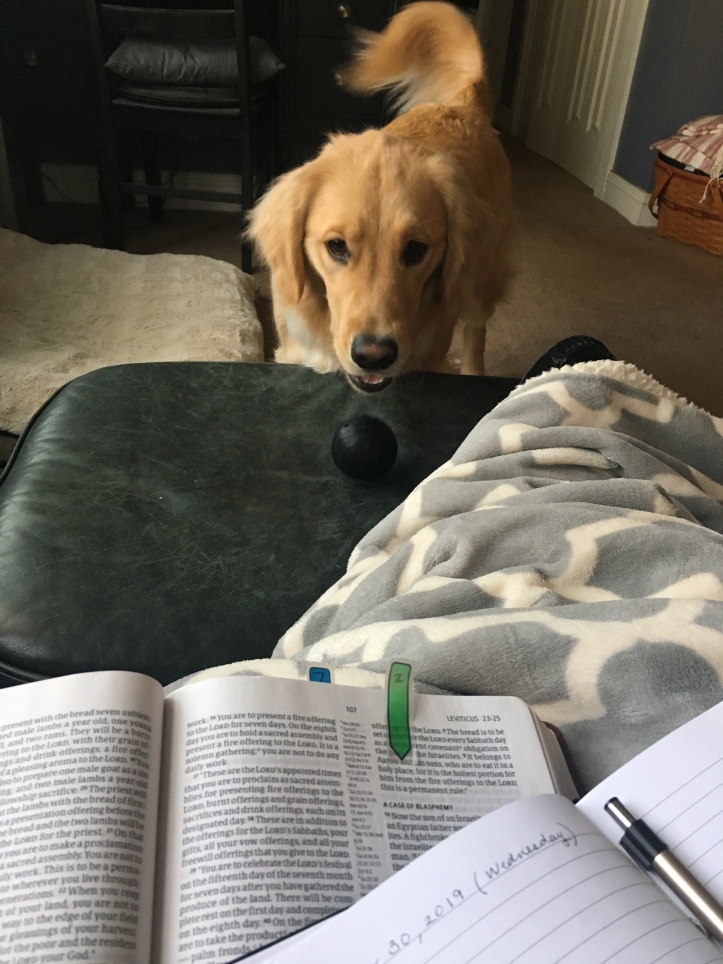 and chewing on my bone 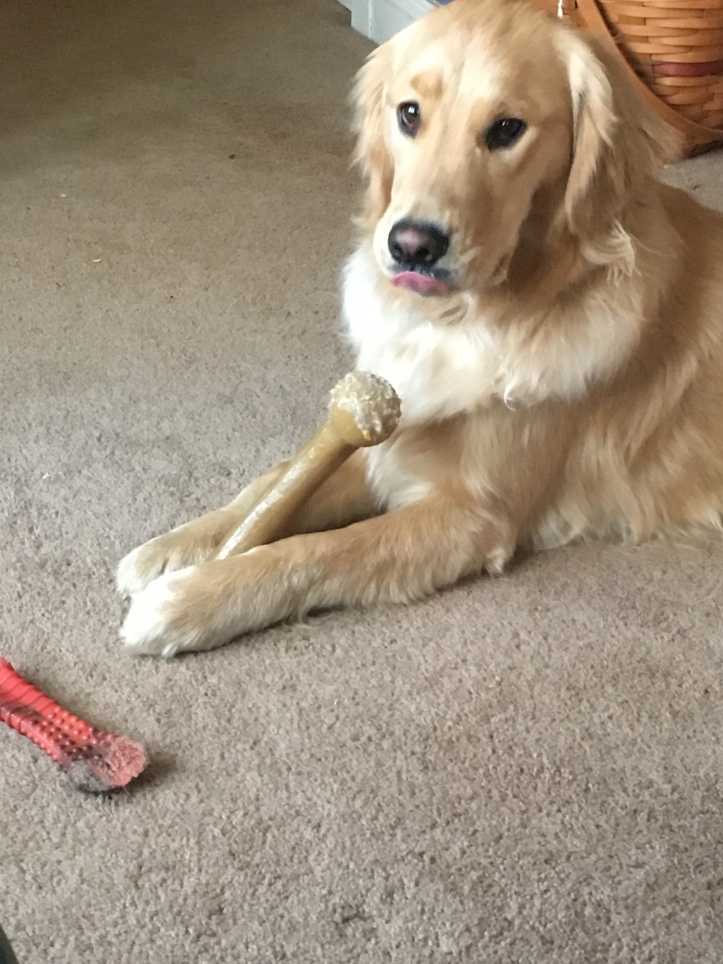 are much more acceptable behaviors. I’ll try to remember that!

The roof men finished today, and Mike stayed home to help Kat with some projects. So of course we all had to go to one of my favorite stores for supplies. Lowe’s! 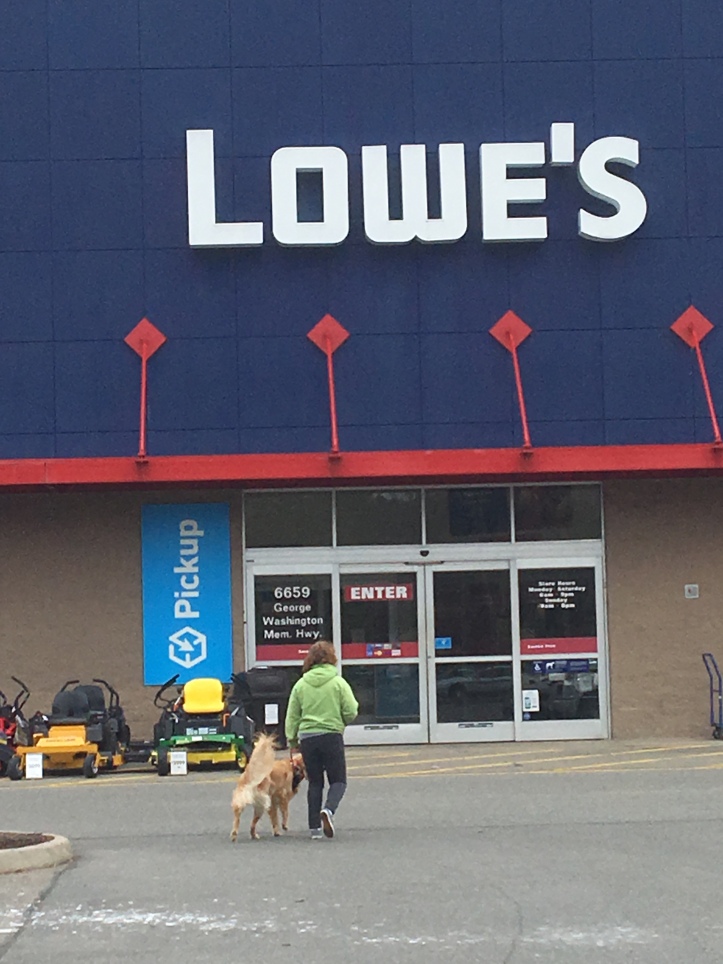 I love going to Lowe’s! We always see lots of people and I love people! They seem to love me, too, because I get lots of pats. 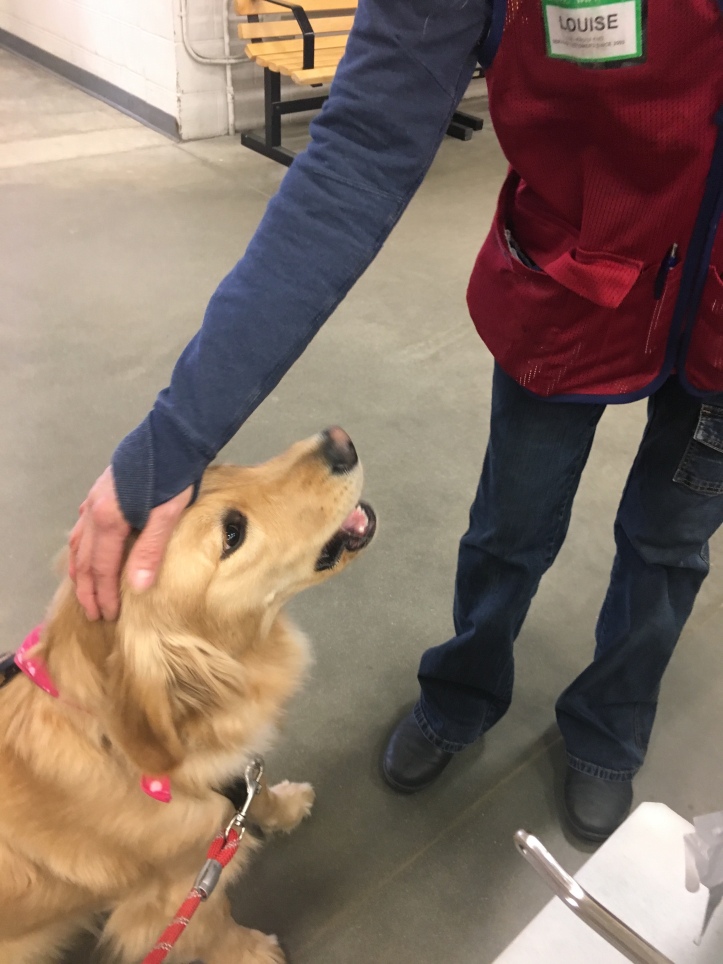 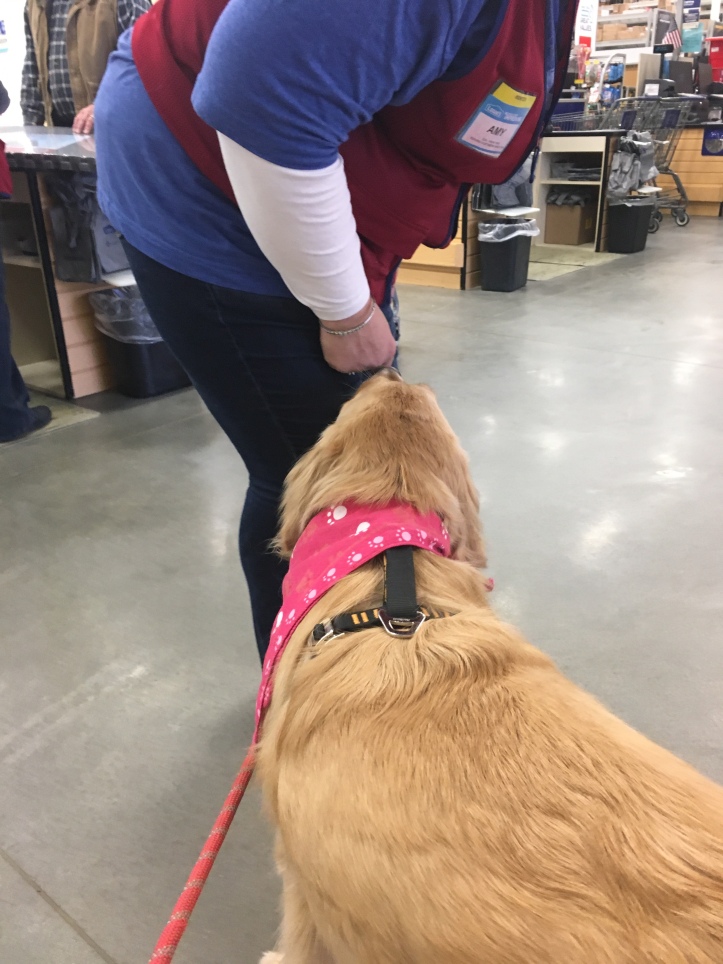 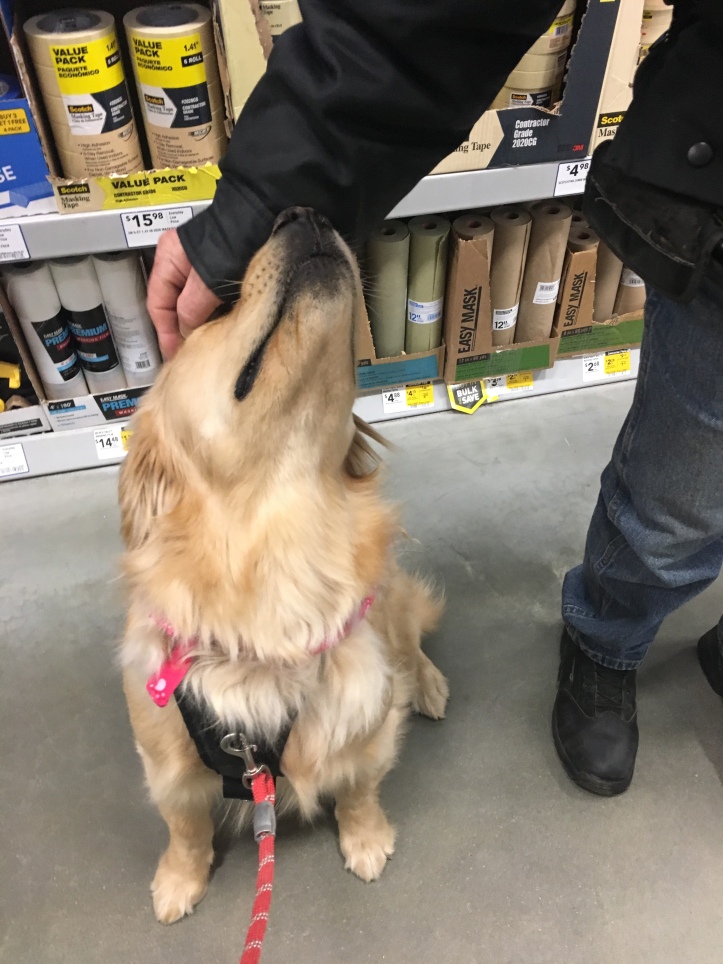 And sometimes some of the people give me treats! 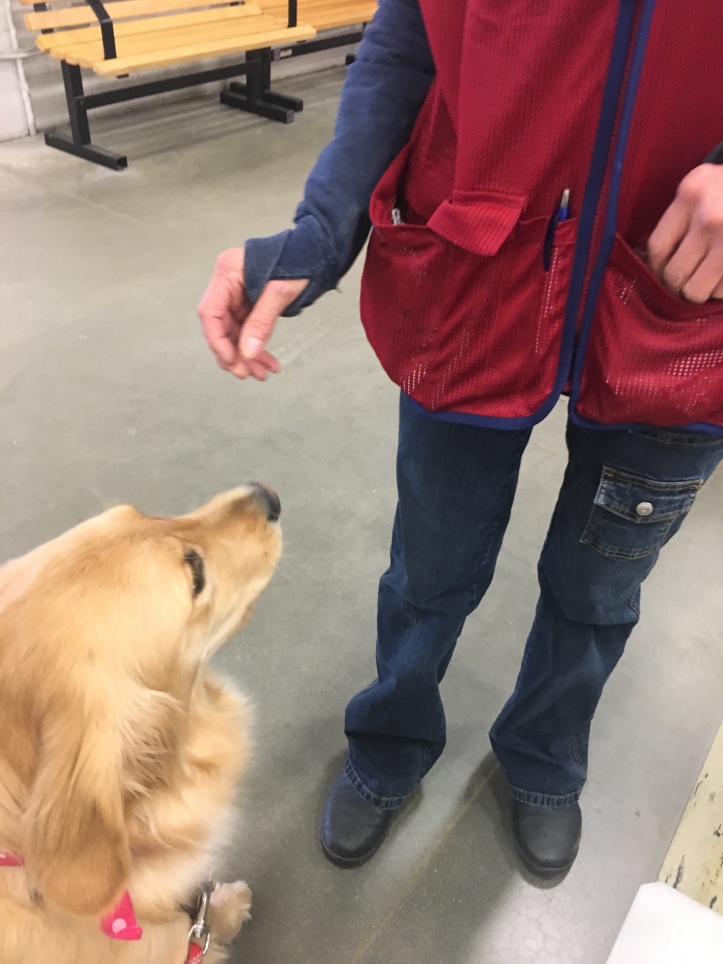 I think a lot of the people in Lowe’s don’t realize my name is Topaz, because when everyone sees me they say, “Beautiful.” I don’t mind being called that, though! 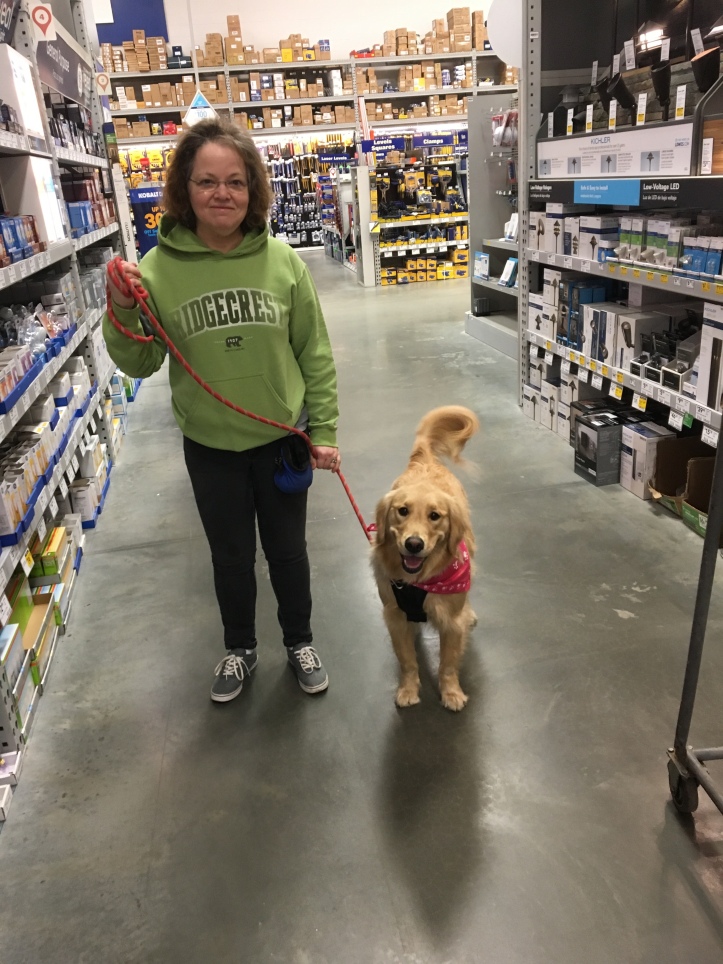 I saw a magazine on the shelf at Lowe’s and at first I thought I was famous, but then I realized it only looked like me! 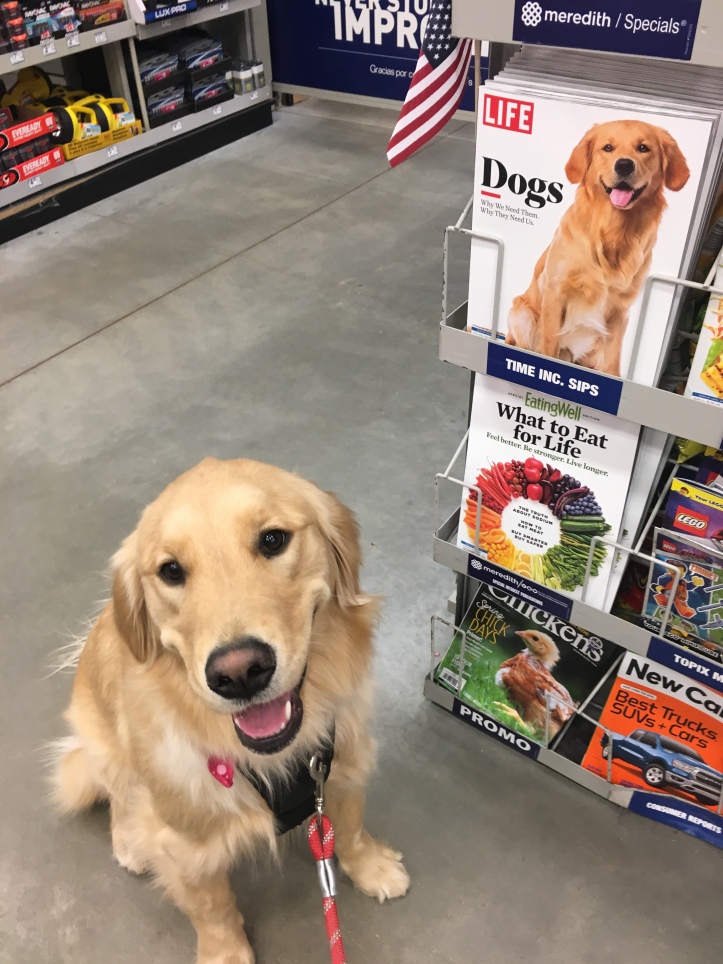 After Lowe’s we drove through Chic fila so Kat and Mike could get a drink. They are nice there and usually give me a treat, too! 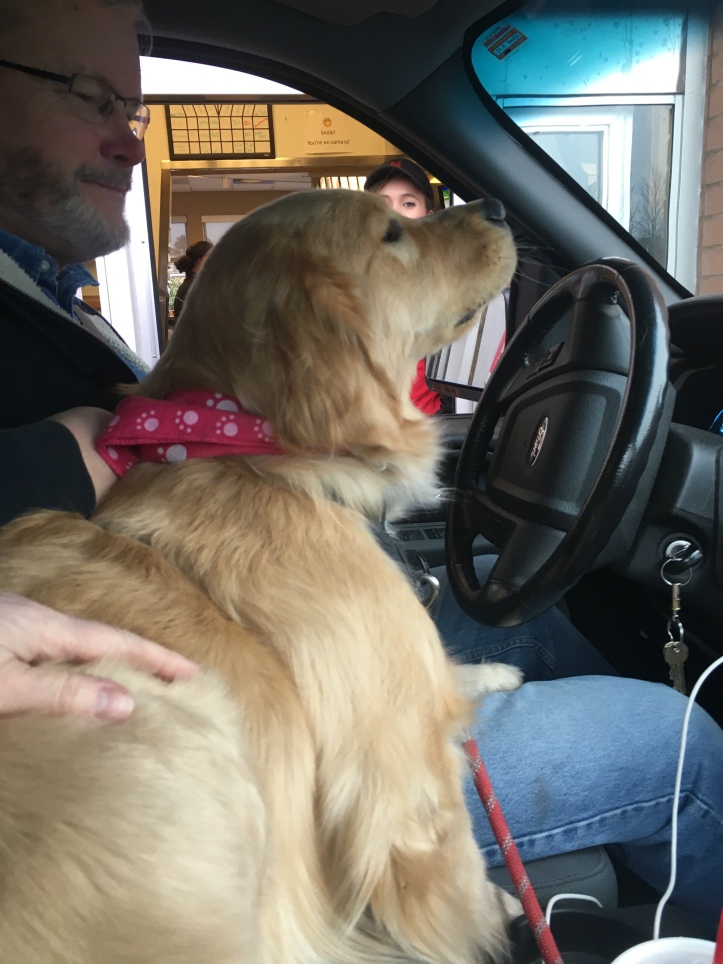 Life is grand when you’re a golden and I love living this life God has given me! 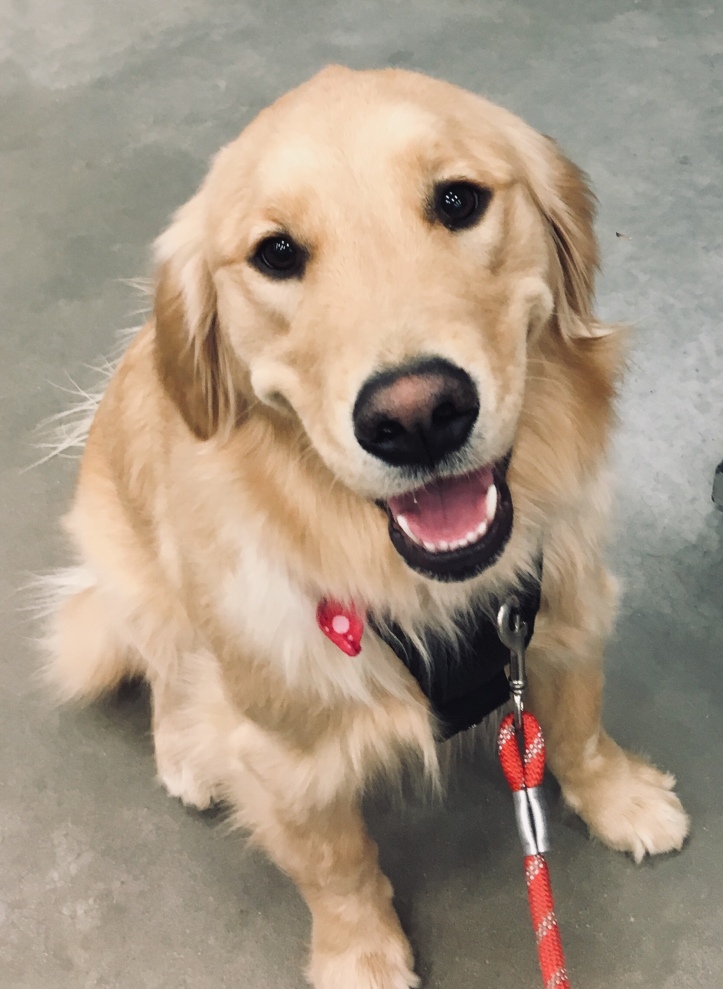