This week began with another long car trip. But it was different driving back to Virginia from Texas because Kat’s mom, my Grandma, came with us! We had to say goodbye to Kat’s sister.

I knew things weren’t quite the same when I had to get in the back seat. I wasn’t too happy right at first.

But I got used to it and it wasn’t so bad after awhile.

We didn’t drive all the way to Virginia the first day, but it still was a long car ride. Kat and Grandma both told me I was a good traveler. When we stopped for the night we were in a place with a funny sounding name called La Quinta.

Kat said they like dogs there. Well, why wouldn’t they?!

I felt kind of wound up from being cooped up in the car all day, so I gave the room a good exploring.

And I had my dinner.

We got back in the car the next day and drove the rest of the way home. It was good to be back at my own home and in my own yard again! And it’s neat having grandma here visiting!

I like to hear Grandma play the piano while Kat sings. 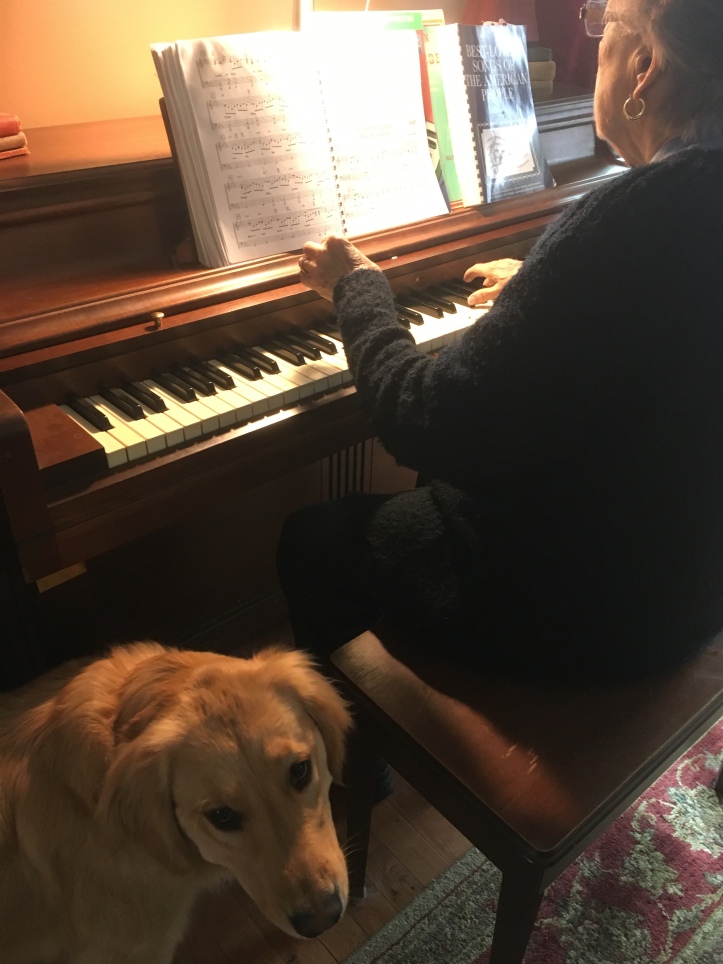 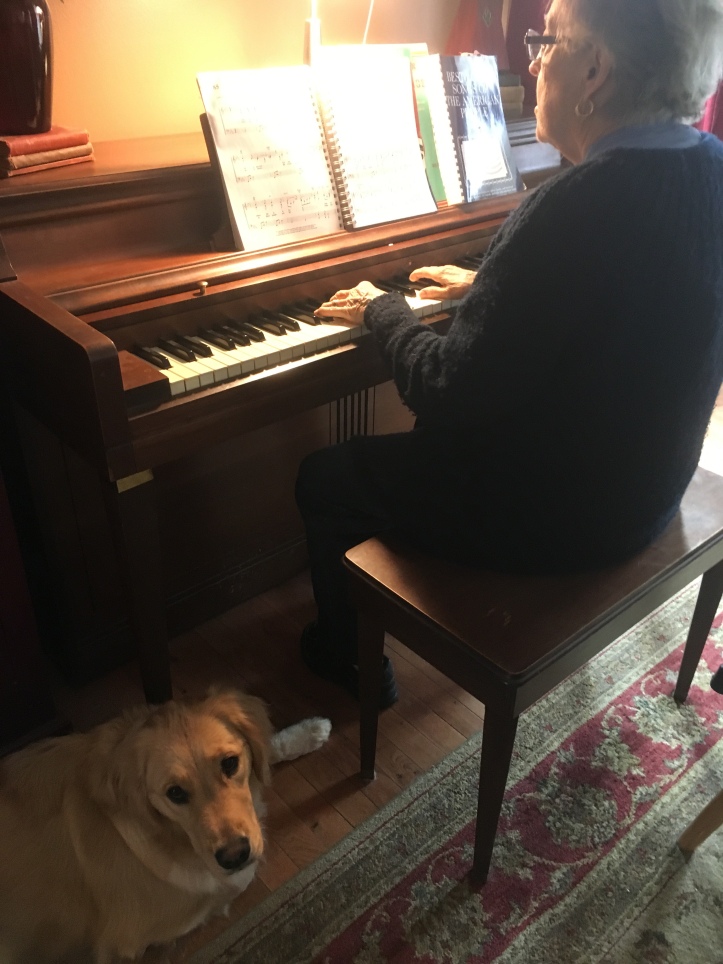 Although I really just want to play ball instead sometimes.

We made it back from Texas in time for me to go to my last Obedience class. It was the most fun class ever! Grandma and Mike came with Kat and me. 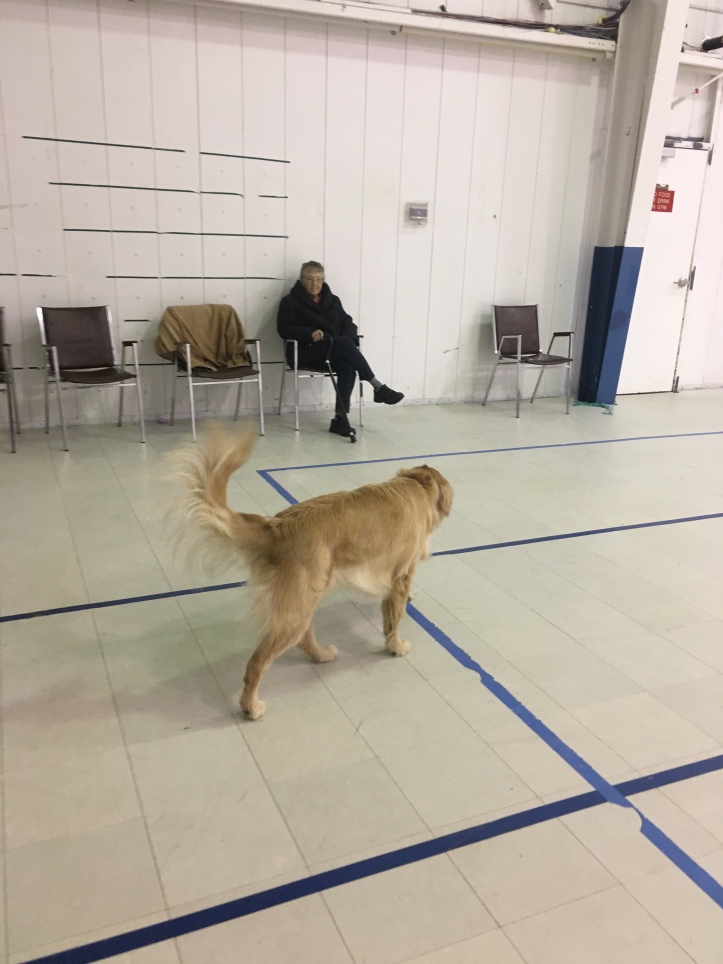 And at the beginning of class we got to run around all over the gym and PLAY! It was a big romping, rollicking, frisky, frolicking fun time! 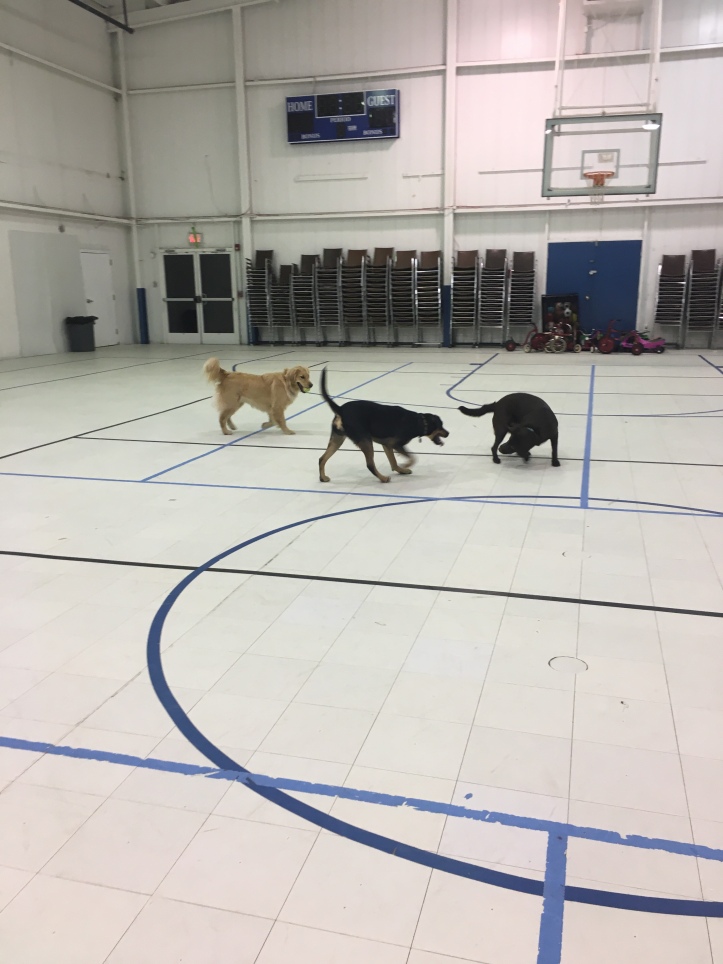 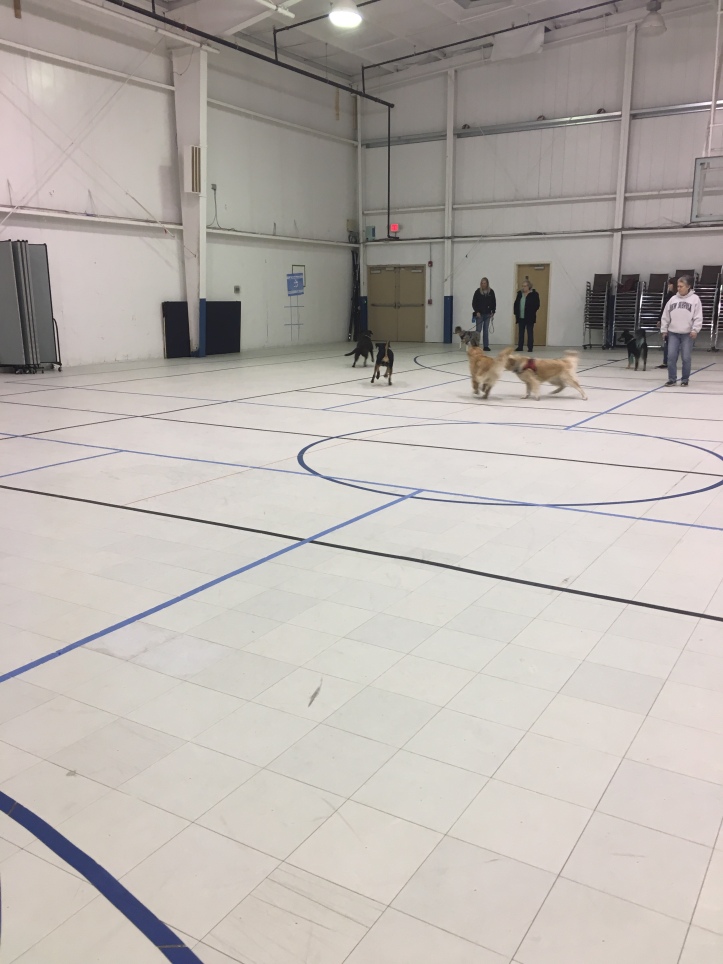 After a while Kat called me over and put me back on the leash. We played a game where we walked around some cones. Little by little all the dogs went away except me. I was the last dog to stand at a cone, so I won a red ball.

I got a certificate for completing the class.

And a piece of pup cake. 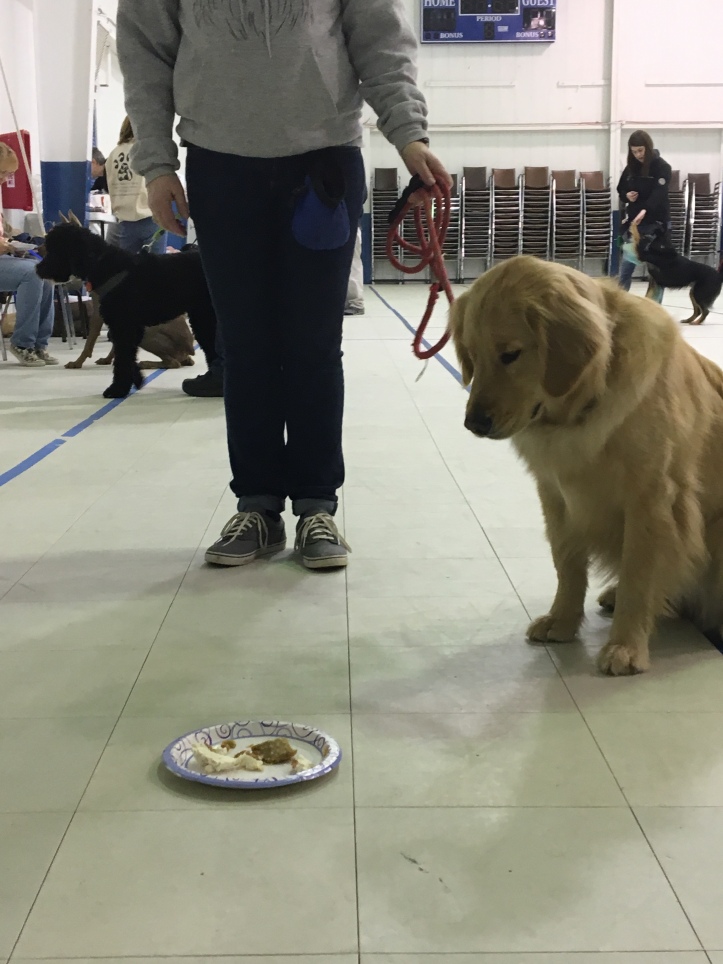 It was a fun night of class, and it wore me out! 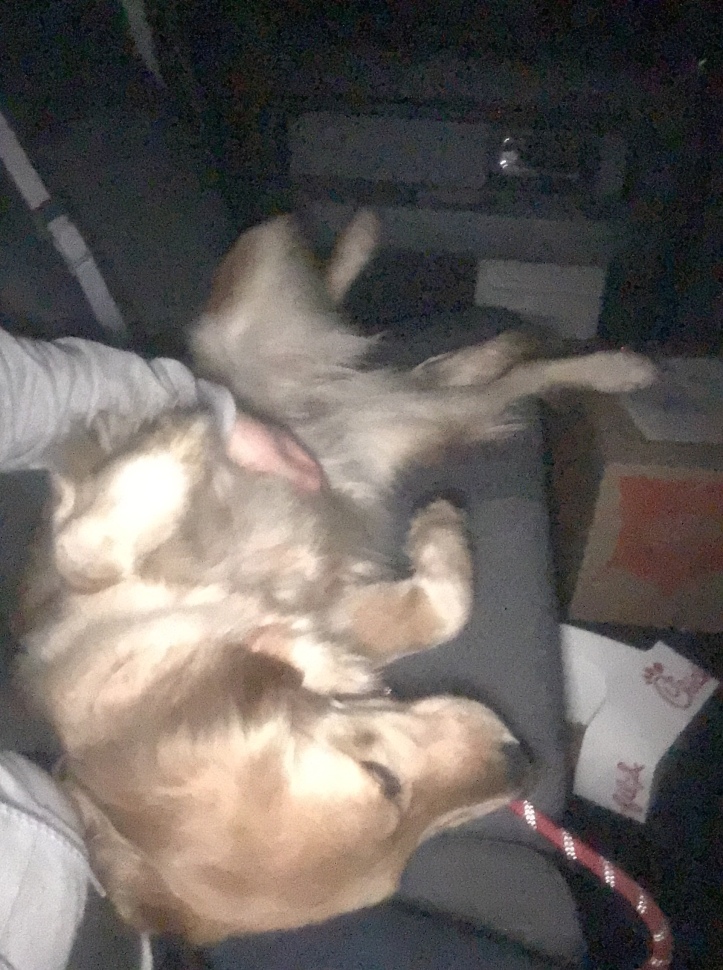 So I crashed in Kat’s lap on the way home.

It’s been another great golden week!